In March 2019, a little over a year ago, we started working on a long-awaited project: a book.
Thanks to the generous support of two patrons, the book by our photographer Agustín Benencia (a member of Música para el Alma since its beginning in 2012)
is very close to becoming a reality. A very careful process in the design and editing of Silvina Simondet, and in which – over many months – was adding the contribution of several people: Adriana Bergero, a professor at the University of California at Los Angeles (UCLA) wrote a wonderful presentation as an essay: “The solidary closeness of affections”. The award-winning writer María Teresa Andruetto gave us a moving text that appears on the back cover. Sol Triano, wrote 5 short texts on 5 photos that relate magical experiences lived in some concerts, which were rescued by the participating musicians themselves. The book will be presented on our YouTube channel on Monday, September 15 at 7:00 p.m., it will have the first edition of 300 copies and will be able also be viewed and downloaded in the digital version on our website.
Join us September 14th, 7 PM -3 GMT for the book presentation at MPA Youtube Channel 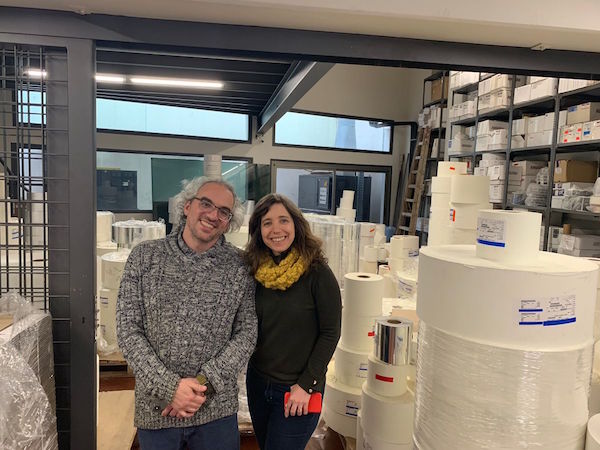 All this week at Outlook we’re launching the BBC Inspirations Awards 2020 – and we need your help. We’re asking you to nominate the unsung heroes in your life, so that we might celebrate their inspiring stories.

To get you thinking, today on Outlook we hear from Jorge Bergero – one of our amazing nominees from 2018.

Jorge is the principal cellist at the Teatro Colón in Buenos Aires, one of the greatest concert halls in the world. In his spare time he runs Música para el alma, or, Music for the Soul – an organisation which plays music in care homes, hospitals, and anywhere else where people can’t make it to concert halls. The group started when Jorge and some musician friends played for Jorge’s partner Eugenia in a health clinic where she was receiving treatment for breast cancer. Jorge described it as an ‘epiphany’ and returned to play each month at the clinic, and even after Eugenia sadly passed away. Since then, the group has gone on to play at prisons, hospitals and schools – and now has over 2,500 musicians to call on. Two years after his nomination, Emily Webb caught up with Jorge. Música para el alma continue to tour, and have just returned from Colombia – but that’s not the only good news…!

Jimena Cruz is an indigenous woman born into a poor rural family in Chile. She grew up hearing the stories of indigenous people and history but was also fascinated by her local museum. It was this background that helped her to solve a 500 year-old mystery in the Atacama desert in the north of Chile. Our reporter Grace Livingstone went to meet her. Remember – to submit your nomination for the BBC Inspirations Awards 2020, visit: bbcworldservice.com/inspirations. Be sure to check out the terms and privacy notice.

San Martín, 10/30/19. – At the facilities of Unit 47 of San Martín, a chamber concert was held yesterday by the civil association of musicians Music for the Soul and the Triad Ensemble orchestra formed by women and men deprived of freedom there.

Music For the Soul is a solidarity project of musicians of symphony orchestras and choirs who want to accompany their music to people who go through difficult life situations. In this context, they visited Unit 47 where they provided a fun repertoire with the detainees.

The event took place during the morning in the SUM of the prison, and was attended by about 60 inmates. Present were the Criminal Execution Judge of San Isidro, Alejandro David, the General Director of Assistance and Treatment of the Buenos Aires Penitentiary Service, Eduardo Benavides, the Head of San Martín Complex, Carlos Suárez and the Secretary of Coordination of the Complex, Carlos Palmieri, between other authorities, prison staff and guests.

At the end of the musical meeting, those present shared an agape and some commented on their impressions: “It was the best day of my life and my conviction,” said Juan, one of the participating interns.

“For me it was one of the most exciting concerts we did,” said Jorge Bergero of Music for the Soul and thanked the authorities of the Complex “for all the work they do there, the love we all saw every day and the results that They feel and feel being there. We hope to return soon, we are all very moved. ”

The Chamber Orchestra “Triad Ensemble” is currently composed of 24 inmates housed in Unit 47 of San Martín, who learned music in prison and now play instruments such as cello, violin and viola. The project began with the support of the “El Cordal Ensamble” orchestra, in April 2018, based on the initiative of Dr. Alejandro David and accompanying this new initiative, the Ministry of Justice of the Province of Buenos Aires, through the Culture Department of the General Directorate of Assistance and Treatment of the SPB, provided instruments such as cello, violin and violas for the realization of the program.

Under the Kodaly conception, which takes over the musical language through the voice, the teaching team is headed by the director Carolina Wagner (musical language), Gustavo Nuñez (cello), Andrés Liendro (violin) and Sergio Bertagni (musical language) , who share their knowledge with detainees on Mondays, Wednesdays and Fridays during three hours of practical theoretical workshop.

More than 40 musicians Correntinos and Chaqueños have already registered to participate in our concerts at Resistencia and Corrientes Children’s Hospitals.

On Monday,  May 20 we will go to the Pediatric Hospital Castelán and the Perrando Hospital accompanied by 30 colleagues of the Chaco Symphony, directed by the director of the Chaco Orchestra, Jorge Doumont.

This tour is sponsored by the Civil Association A.C.A.R.A.

BBC. Jorge Bergero is a nominee for Outlook Inspirations 2018

Cellist Jorge Bergero set up Music for the Soul, a volunteer group of professional musicians who take music to people who can’t make it to concert halls.

They travel across Argentina and Latin America performing in homes for the aged and hospitals. The project was inspired by his former girlfriend, a fellow musician who died of cancer.

Jorge Bergero is a nominee for Outlook Inspirations 2018

2017 begins with a new format of concerts named EAPP (Artistic Encounters for children). While a narrator tells a story, a text is interlaced with music. At the end of the story, the small patients are invited to play violins (small size, designed for the learning of children) and to share with the participation of musicians. This structure and concerts “debuted” in December 2016 in a Children’s Home of Lanús, In March we visited…

MPA awarded with the CILSA 2016 Award for Social Commitment

MPA have been selected by CILSA, NGOs for inclusion, to give the CILSA Award for Music 2016 Solidarity Initiative According CILSA, this distinction is made for the eighth consecutive year, is to highlight publicly personalities of great social recognition, profile severally undertake for the good of others.

MPA greatly CILSA thanks for the honor of choosing.

Join as a musician

Join us as a volunteer

Do you belong to an institution? Would you like MPA to visit it and perform a charity concert?